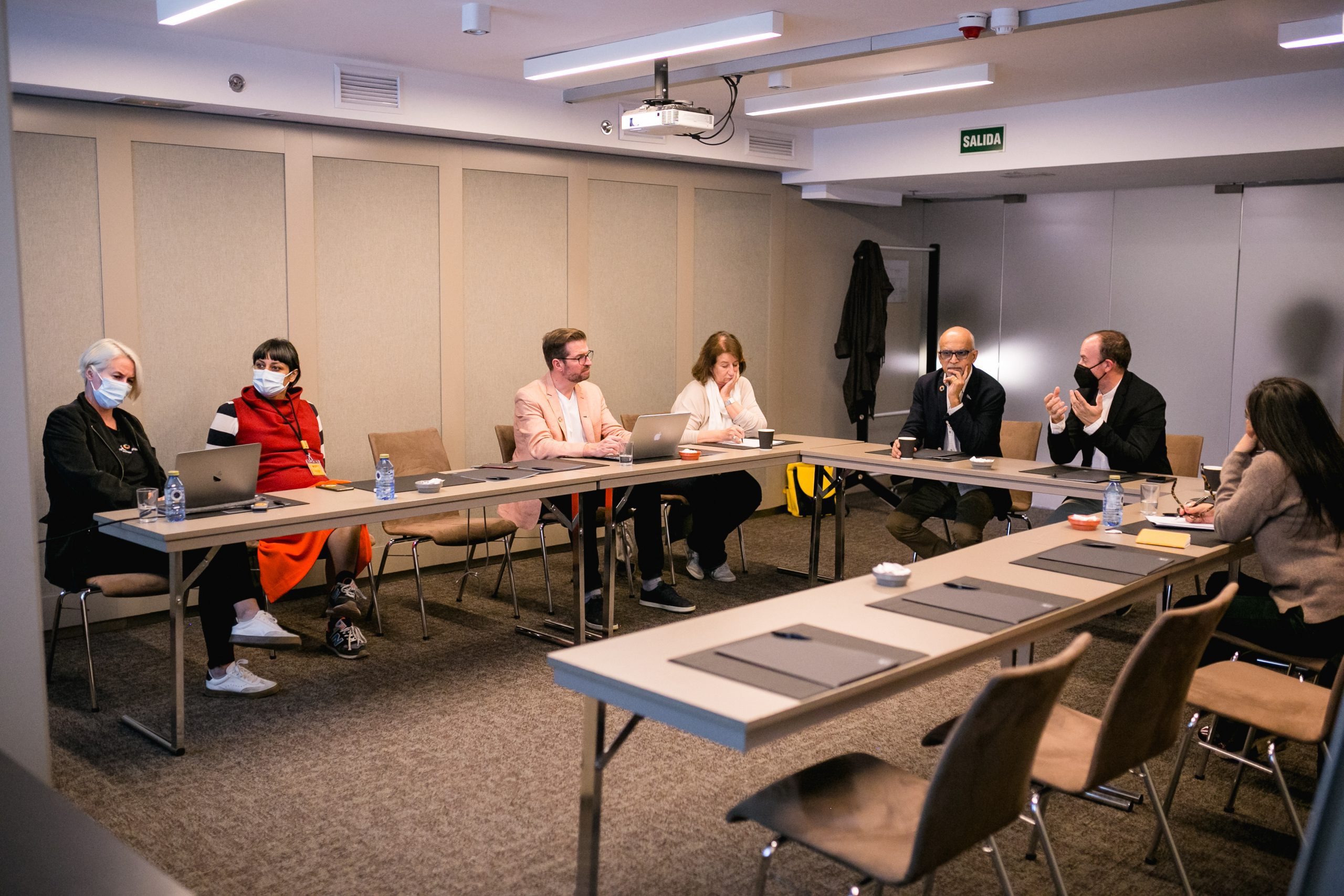 World Design Capital Valencia 2022 has presented the complete team of IAC (International Advisory Committee). This group of great international design professionals offers us their support, assistance, backing and their advice when organizing the program of activities and implementation of projects. Their support is key for the organization, with the aim of showing the international backing of the sector for our programme.

Participating as IAC in World Design Capital Valencia 2022 implies a series of benefits and responsibilities: it is the honor and duty of participating in this complex and great project dedicated to representing international design in the context of a city like Valencia.

Among these benefits we find actively participating in a process of citizen transformation with the support of local, regional and national authorities, entering into a deep connection with the Spanish design ecosystem. 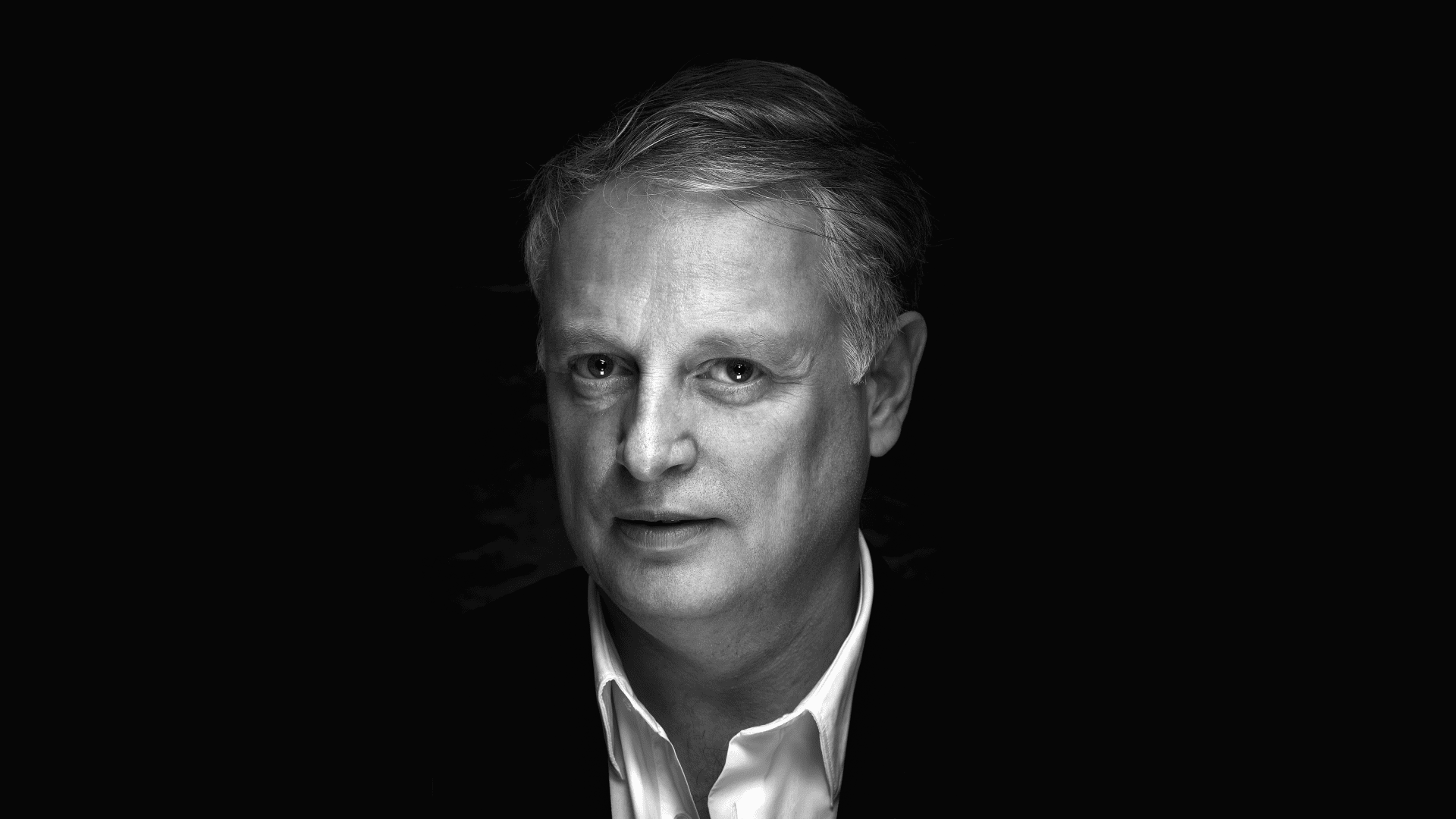 Ben Evans is the Director of the London Design Festival, which he co-founded with Sir John Sorrell in 2003. The Festival celebrates and promotes London as the design capital of the world and has inspired similar events in many international cities. It is an annual event involving 300 partner organisations and attracts over a million individual visits. As well as managing the Festival Ben initiates, commissions and curates projects for the event including an annual residency in the V&A museum. In 2016 he added a new activity – The London Design Biennale – where dozens of countries present design installations to a theme. He is the Executive Director of the Biennale. The next Biennale is in June 2021.

He has been a governor of the University of the Arts London, a board member of the Roundhouse, and a trustee of Artangel. Since 2017 Ben has become Chairman of the Mayor’s Cultural Leaders Board – a statutory advisory group to the London Mayor. In 2010 he was awarded an honorary degree from the Royal College of Art and graduated there in 1989. In 2019 he received a CBE for services to the Creative Industries. 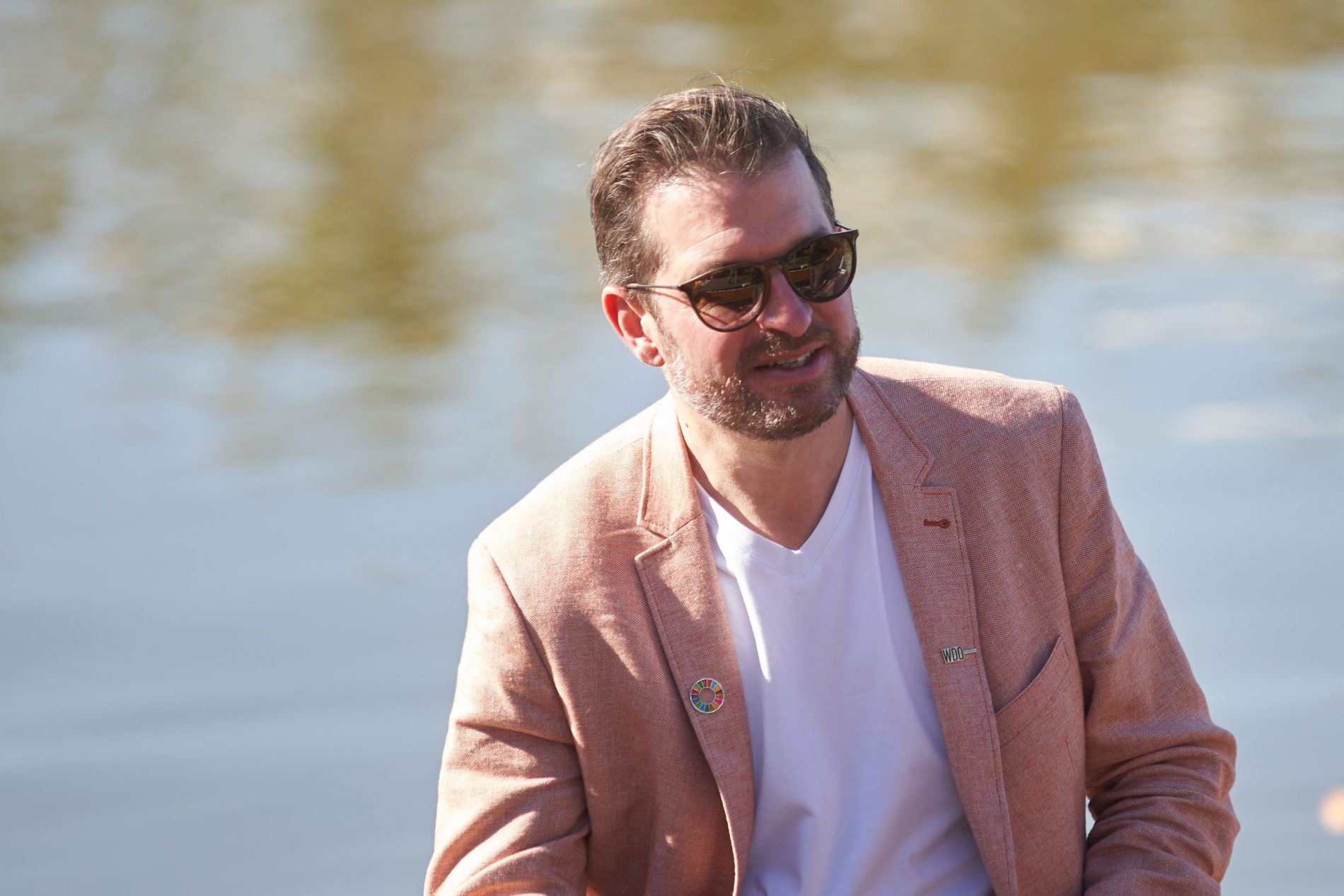 Bertrand is a not-for-profit organization manager and sustainable design advisor with more than 20 years experience. He is a confirmed lecturer who eagerly advocates for design’s social, environmental and economic impacts, for the betterment of the world. After graduating from the School of Design at Université de Montréal, he practiced design in a studio, as well as in a manufacturing company. He joined the Institute for Product Development as the Sustainable Design Advisor and became the general manager of the Institute in 2012, where he developed private and public partnerships, both locally and internationally, helping organizations improve their innovation practices. He has also served as President of the Quebec Association of Industrial Designers (ADIQ) in Montreal (Canada) and participates as an advisor on many public and sectoral committees and juries. 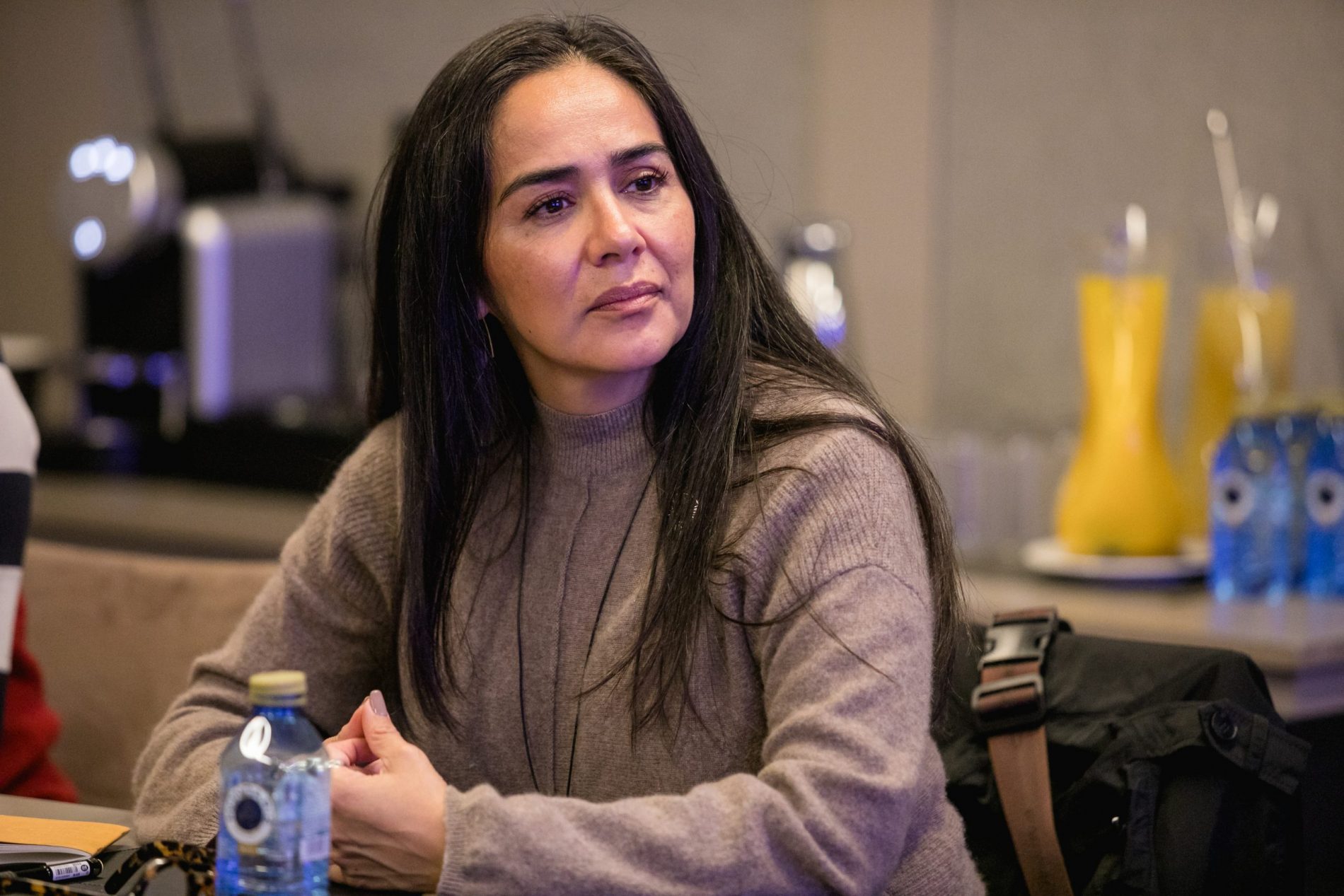 Greta Arcila is an Art Historian with a Master’s in Contemporary Modern Art from Casa Lamm and a specialty in Architecture and Sustainable Design from Iberoamericana University. She is also pursuing a specialty in Publishing Production at Versal Institute, also she studied a Digital Media diploma program at Centro, and has recently studied Publishing Marketing at Yale University. Her 23 years of publishing work have been focused on design, interior design and architecture.

Arcila is founder of the publishing company C&EE (Color y Espacio Editorial) and creator of Glocal Design Magazine. Over its 11 years, the magazine has become the voice of design in Mexico due to its cutting-edge approach and the fact that it is the only medium in Mexico that works directly with the creative sphere and industry.

She is also creator of the Noldi Schreck Prize, which is now the most important annual award in Mexico’s architecture and interior design fields. 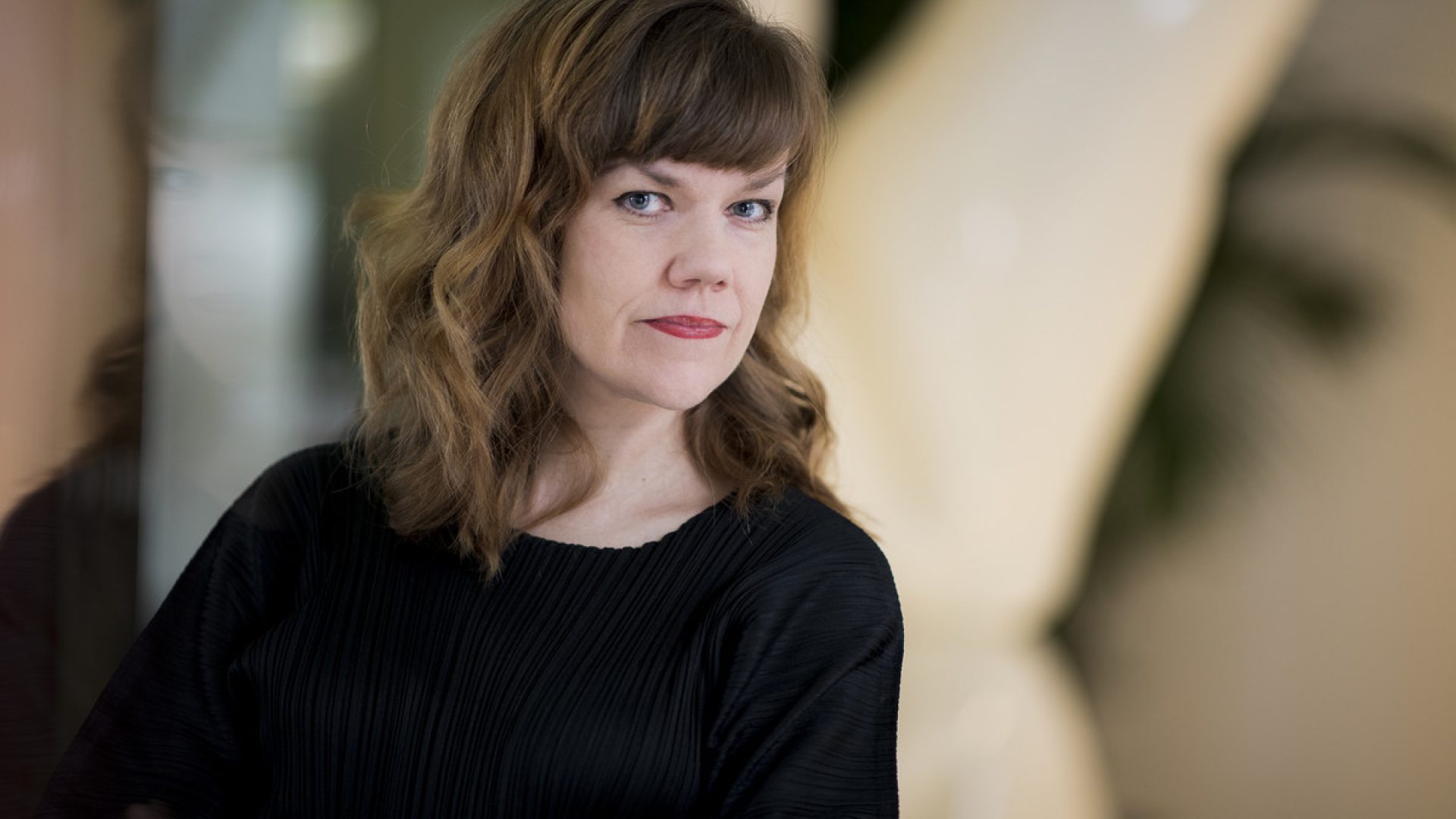 Hanna started as Helsinki’s second Chief Design Officer in 2020. Her task is to lead Helsinki’s pioneering work in using design to build the city’s future. Prior to this, she was Director of Archinfo Finland (2016-2020), the national promotion and collaboration platform for architecture. She was Commissioner of the critically acclaimed 2018 Mind-Building exhibition at the Finnish pavilion at the 16th International Architecture Exhibition of La Biennale di Venezia. Previously she was Programme Director at Helsinki Design Week and at The Finnish Institute in London. She has also worked as an urban researcher at the University of Helsinki and Aalto University and abroad at the universities of Cambridge, Westminster and Milano-Bicocca. 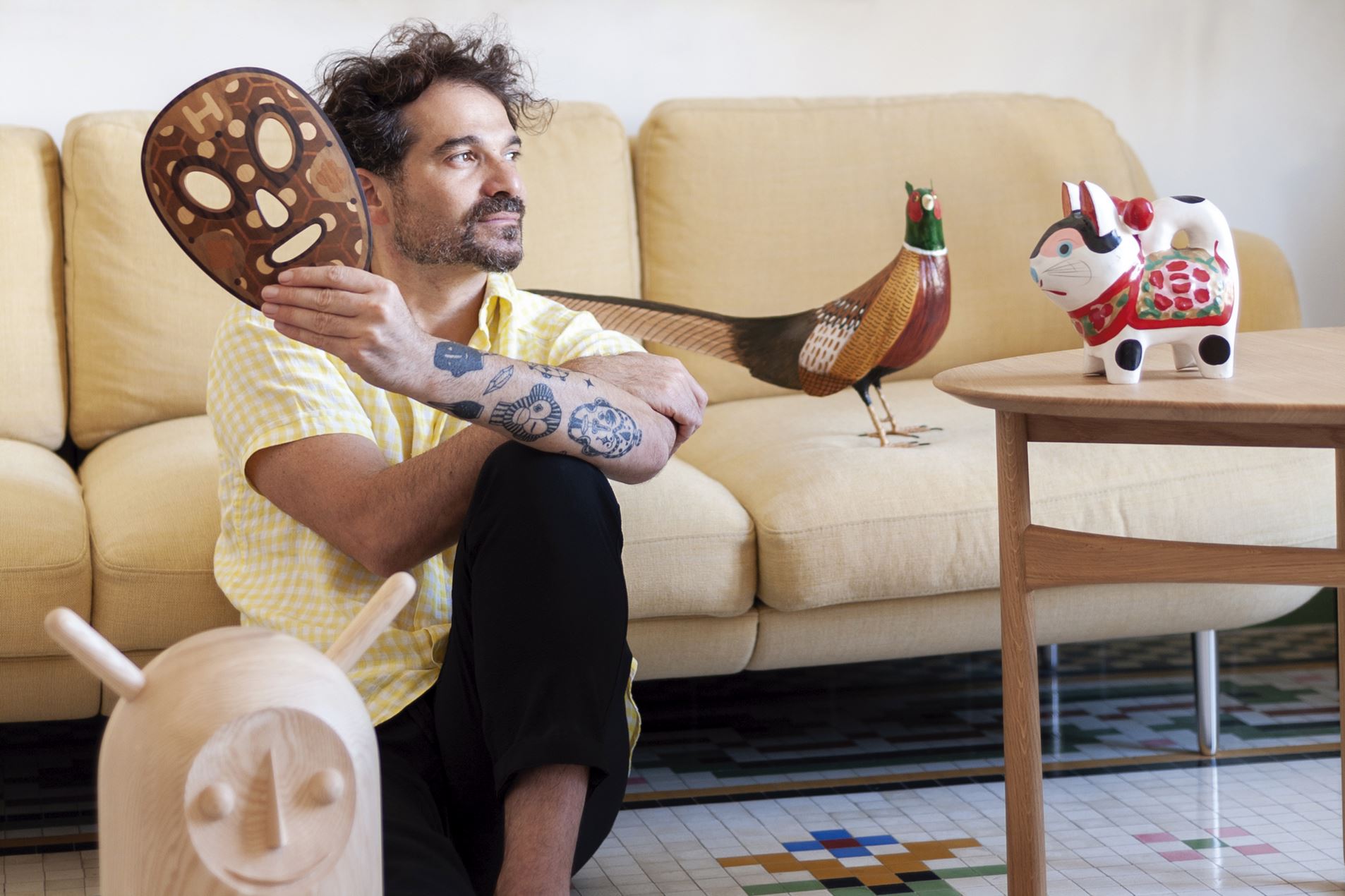 Spanish artist-designer Jaime Hayon was born in Madrid in 1974. His artistic vision was first fully exposed in the ‘Mediterranean Digital Baroque’ and ‘Mon Cirque’ installations. These collections put Jaime at the forefront of a new wave that blurred the lines between art, decoration and design, also added a renaissance in finely-crafted, intricate objects within the context of contemporary design culture.

Jaime further defined his vision in subsequent solo exhibitions and shows at major galleries, and design and art fairs all over the globe. After founding Hayon Studio in 2001, his wide client base has spanned diverse functions and mediums, including domestic furniture for B.D. Barcelona, Cassina, Fritz Hansen, &Tradition, and Magis; lighting fixtures for Parachilna, Metalarte and Swarovski; and sophisticated objects for Bisazza, Lladró and Baccarat. He has also executed complete interiors for leading hotels, restaurants, museums, and retail establishments worldwide.

Hayon Studio’s creative base is in Valencia (Spain) with offices in Barcelona and Treviso (Italy). Jaime’s work has appeared in the most prestigious art and design publications worldwide. He has won numerous awards, including multiple Elle Decoration International Design Awards. He has been included by Wallpaper Magazine in its “Top 100” list, as one of the most influential creators of the last decade, lauded as a “visionary” and one of the most creative icons by Times magazine. 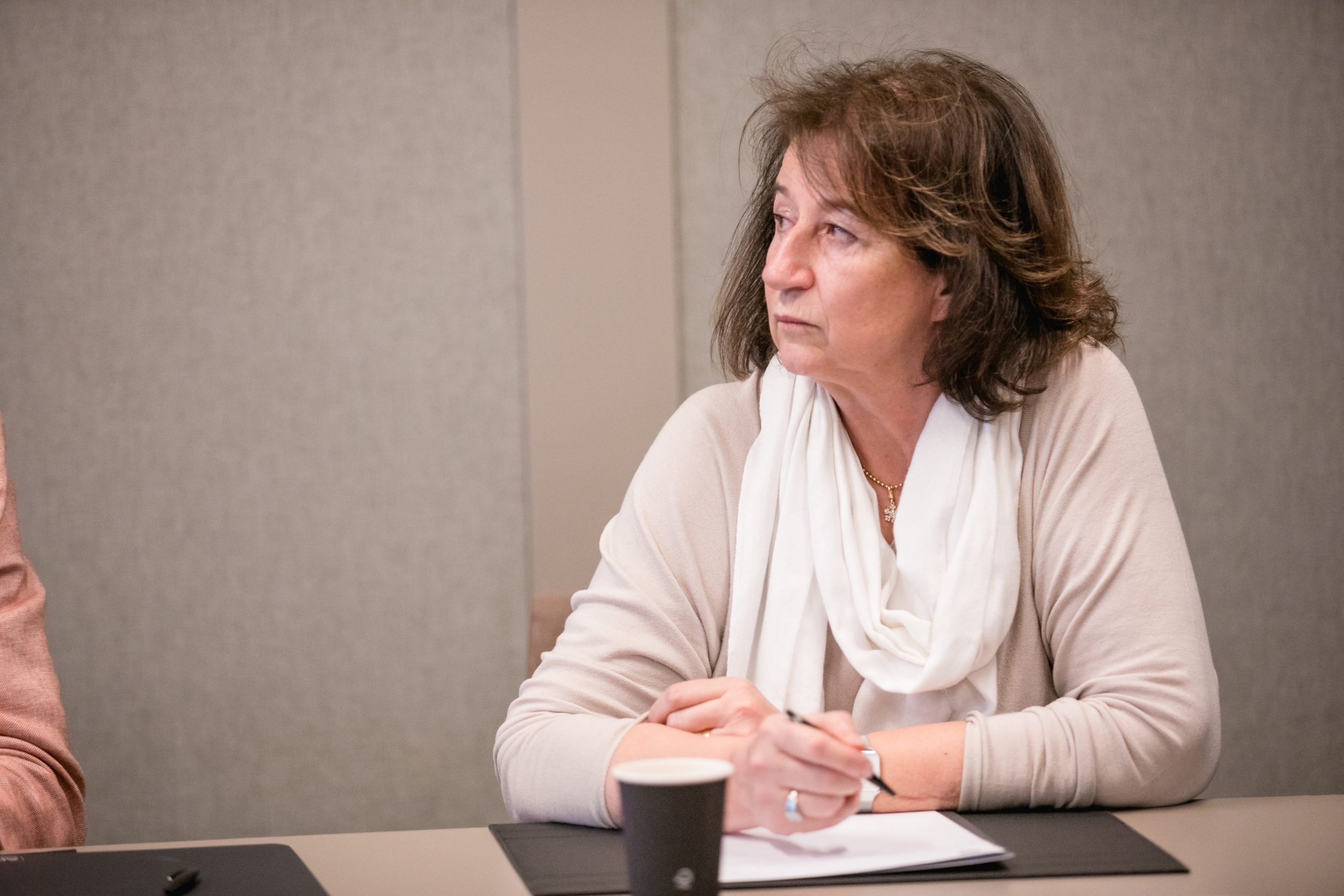 Architect and designer, she works with her own studio in Biella, Italy.

She has carried out building renovation and urban planning projects, worked as an art director, and a visiting professor for design schools. She participates in international juries. Author of the book Abitare nel Biellese of the DcomeDesign and POP Design exhibitions (2008), of the installation Compasso d’Oro Award in Brussels, Lima, Bogotà (2014,2015). She was Ambassador for Italian Design Day 2017,2018, 2019 by Italian Foreign Ministry  and curator of Torino Design of the City 2017. She was part of the Committee of Turin World Design Capital (2008), President of ADI Association Industrial Design (2008/2014), Member of the WDO Board from 2013. She became President of WDO the World Design Organization (2017-2019). Actually Senator of WDO. 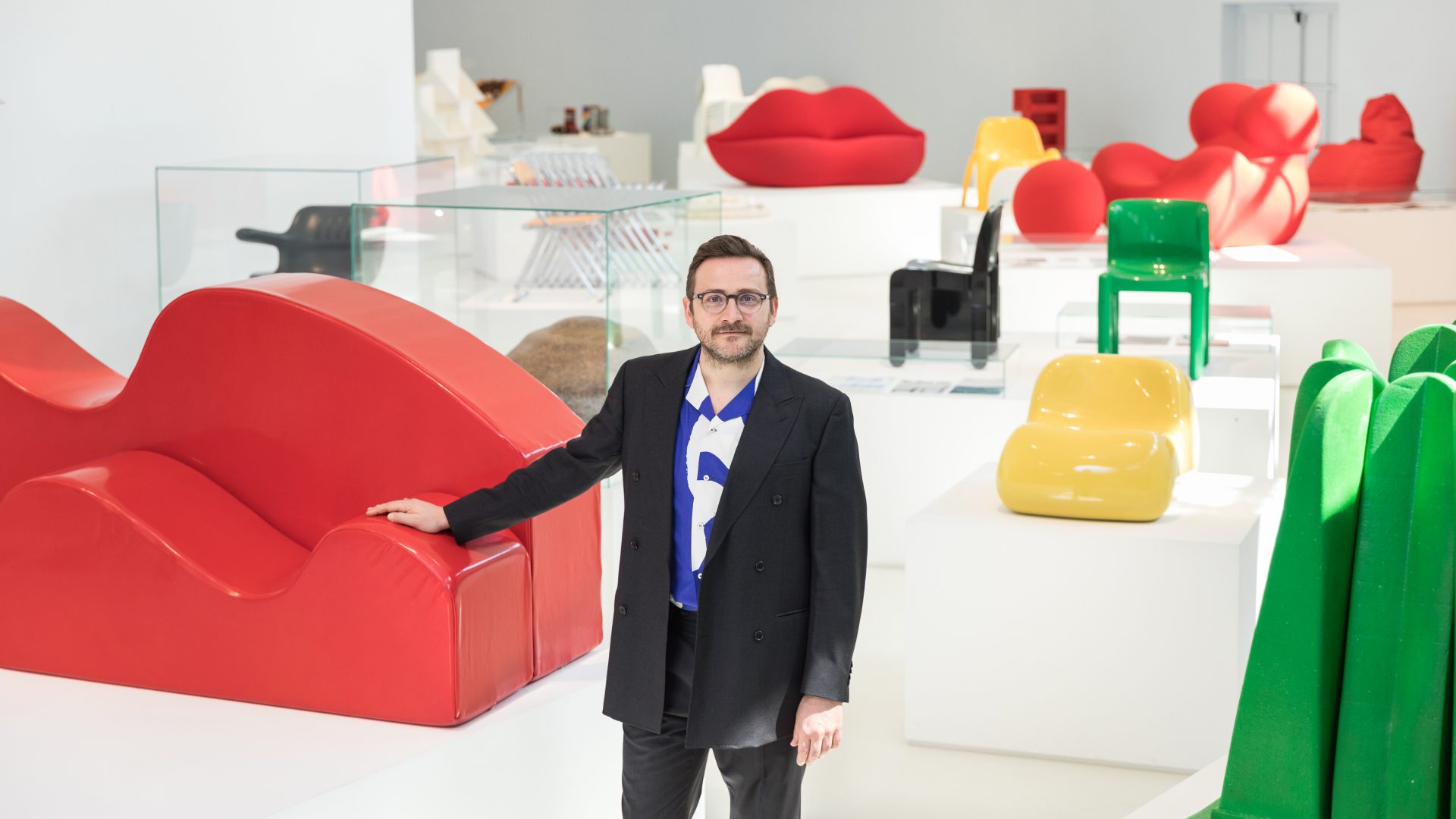 Marco Sammicheli is curator of design, fashion, crafts sector at Triennale Milano and Superintendent of Museo del Design Italiano. He’s visiting lecturer at Shenkar College of Engineering and Design, Tel Aviv. After graduating in Communication Science from the University of Siena and specializing in History of Design at the Bauhaus in Weimar, he earned a doctorate in design and technology for the development of cultural heritage at Politecnico di Milano. He curated shows and essays on catalogs for museums in Europe and the Middle East. Columnist for “Wallpaper*” and for “Il Sole 24 Ore”, he contributed to several international magazines. He wrote monographs on designers and publications on Milan as urban platform for creative industries. 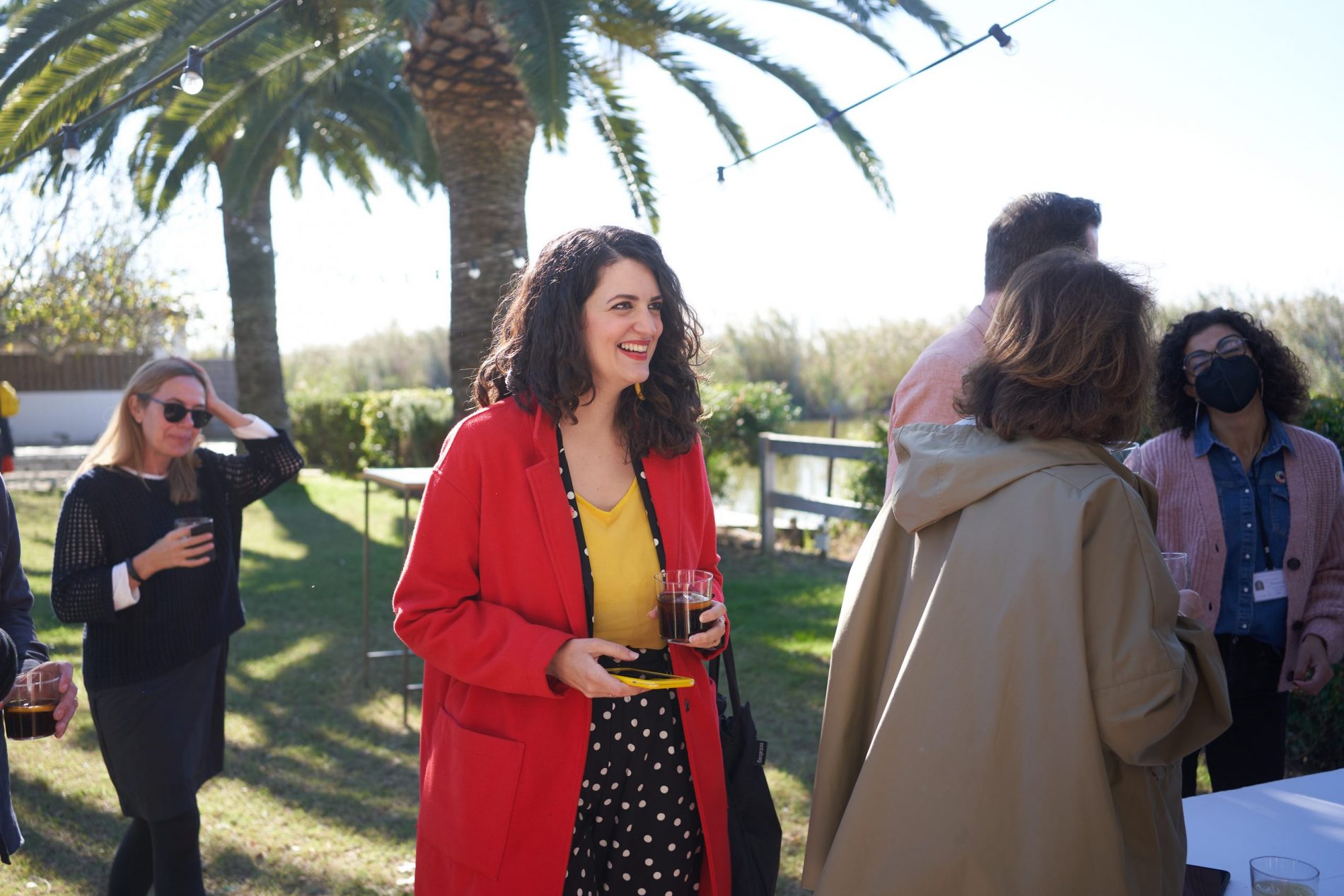 Sara de la Mora is a creative communications designer and strategic brand consultant. Her career includes working at tech companies such as Facebook, Yelp and Plug and Play, and award-winning design studios such as Atelier Works and Lavernia & Cienfuegos. Overall, she has worked for clients and teams in more than thirty countries across five continents.

Recently, she has focused on personal projects with a cultural focus, using event design as a strategic means to enhance knowledge and connection between people and communities. She also mentors design students and is a visiting lecturer at universities. 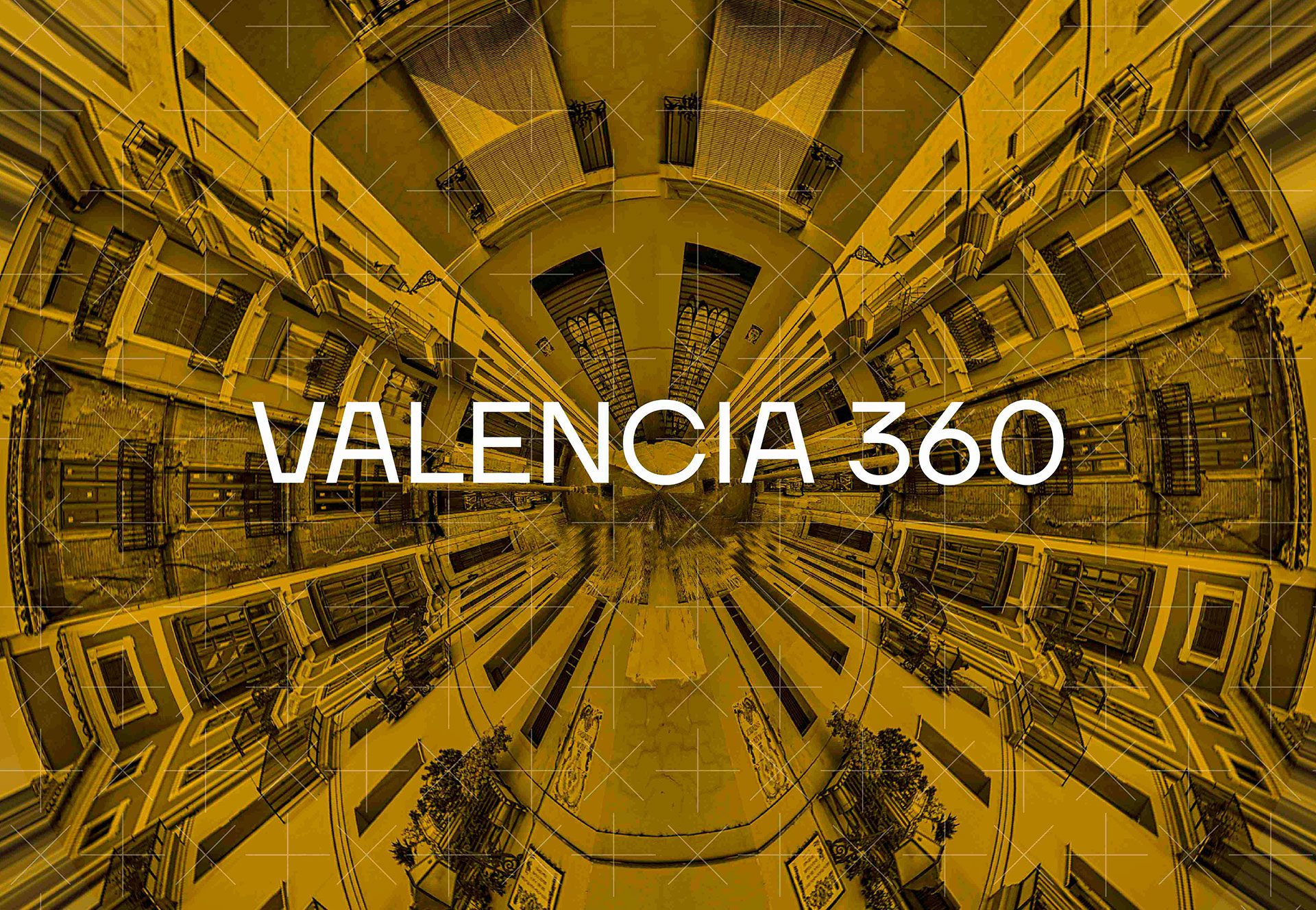 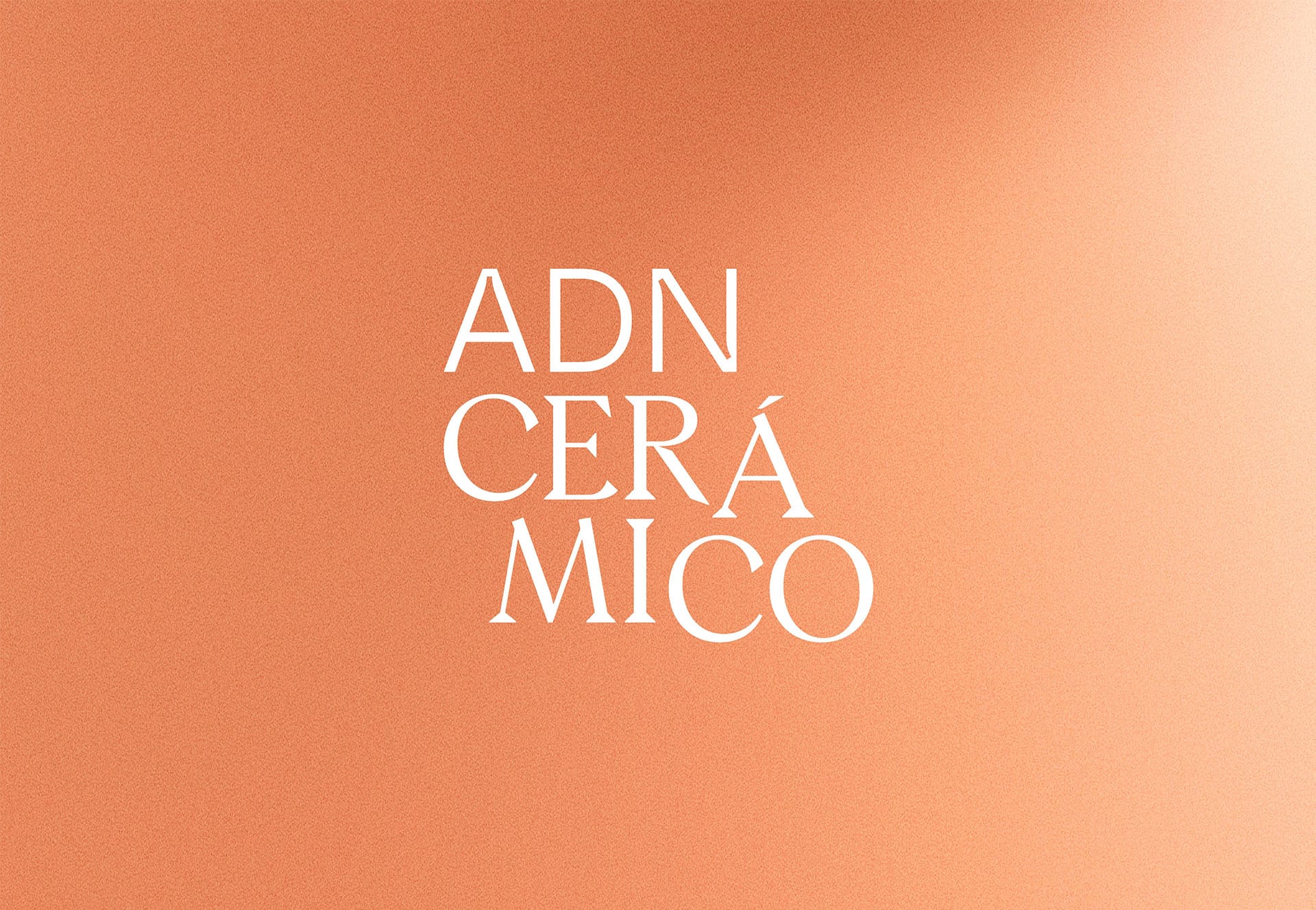 Design and art therapy: how design can be a professional and emotional outlet for people at risk of social exclusion 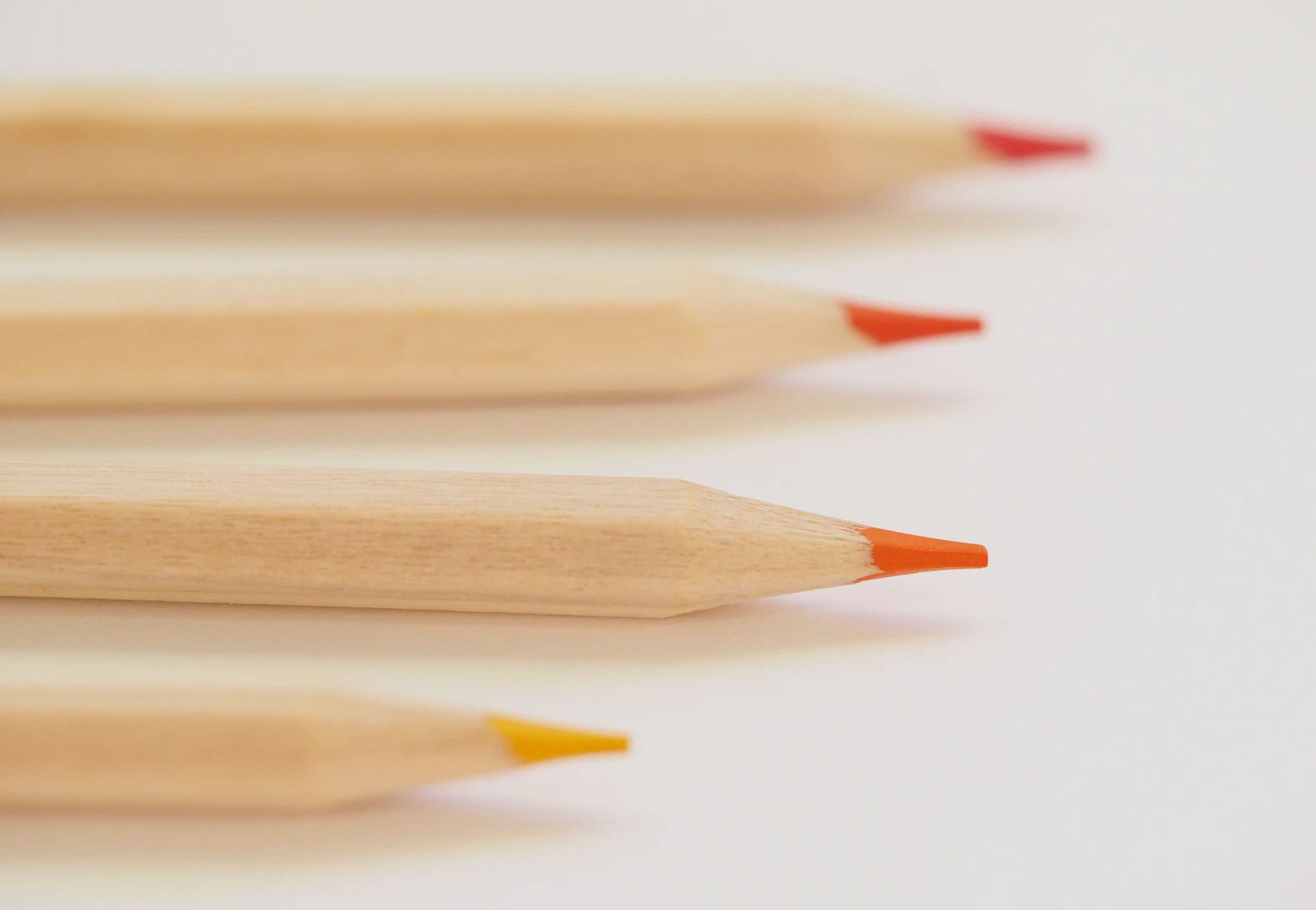 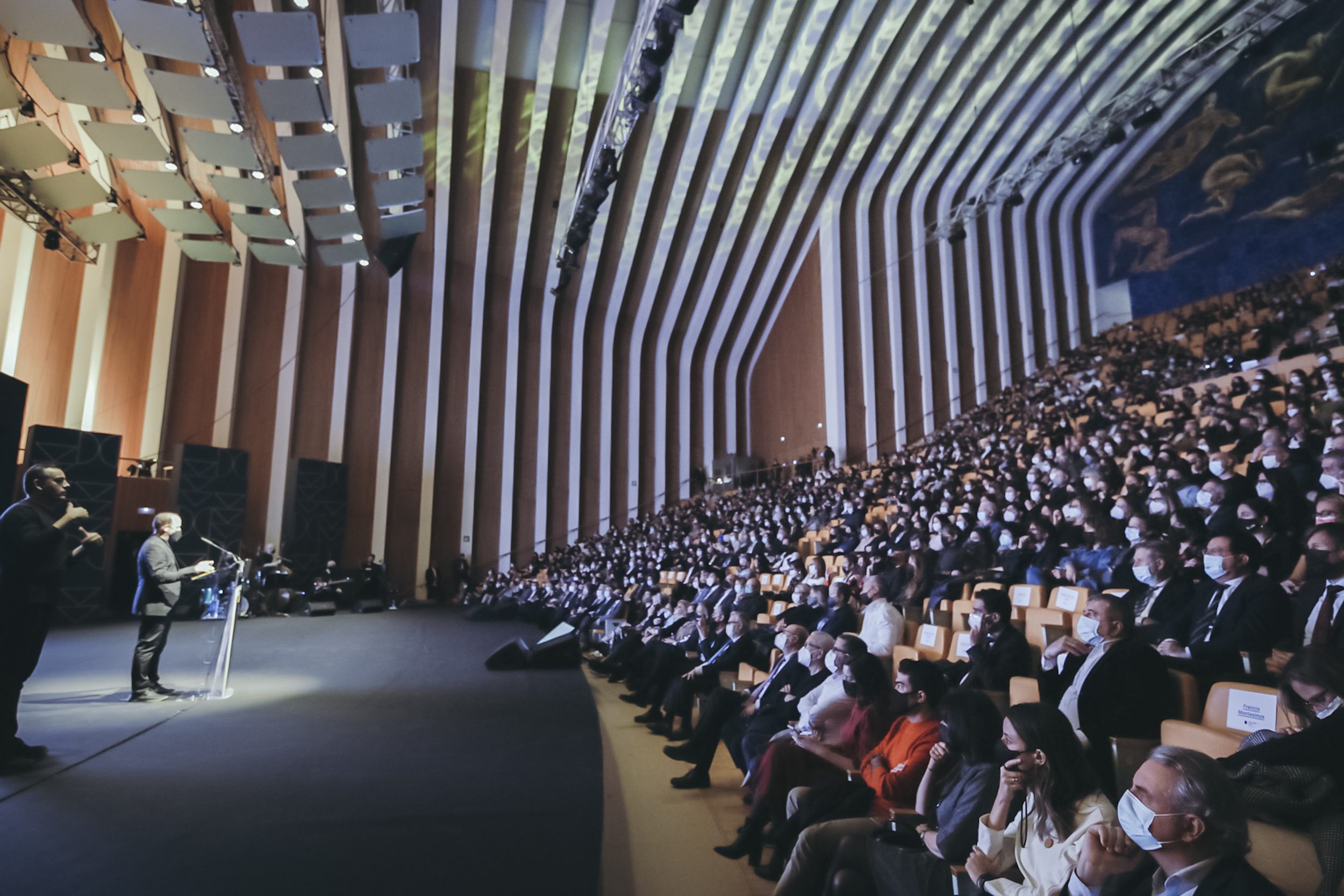